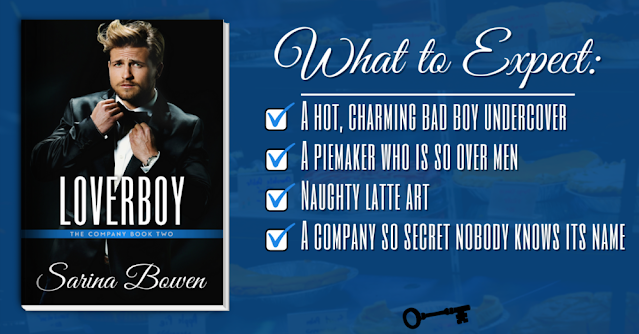 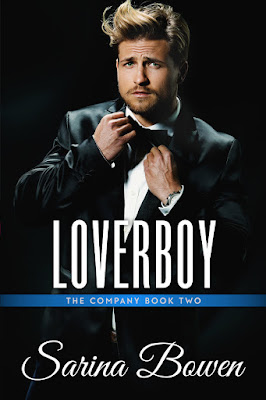 Secrets, desires, and exquisite pie. It’s all in a day’s work at The Company.

Growing up, I was the rough guy from the wrong neighborhood who couldn’t catch a break. Posy was the pampered girl I tried to impress. But I managed to steal only a single kiss before I had to skip town.

Now I’m back, and the tables are turned. Posy runs a struggling pie shop. I’m the VP of a secretive billion dollar security company.

Not that I can tell her.

There’s a murderer on the loose in New York, and he seems to spend a lot of time at Posy’s shop. I can’t let on that I’m here to bring him down before he can harm a hair on her pretty head.

Going undercover as Posy’s new barista wasn’t my idea. I don’t even drink coffee. But now I have to call her “boss,” and do everything the curvy perfectionist asks of me. I’d forgotten how much we infuriate each other, and that she somehow fills me with both irritation and desire in the same breath.

There’s nobody more skilled at stealth ops than me. I can bring this killer down. Right after I take a cold shower. And just as soon as I figure out how to make a skinny peppermint latte with milk poured in the shape of a kitten...

All in one link page: https://shor.by/the-company 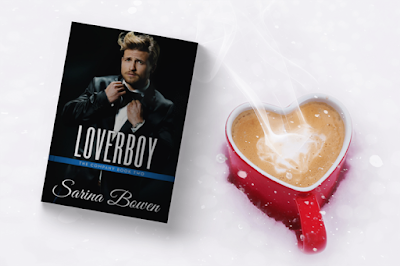 Earlier, I’d spotted him even before he came into the bar. I watched him get out of that cab and then check the time. I saw him look toward the pub, weighing his choices.

My heart had thumped along with only one word. Please.

Fine—not my heart. It was other parts of me who were doing all the begging. Silently, of course. Speaking up seems impossible right now. What if he laughs in my face? Or—this might even be worse—what if he says yes? And then we get naked and I can’t satisfy him?

My ex is the only person I’ve ever been naked with. And thanks to him, I’m afraid to try again with someone else. If another man tells me I’m no fun, I don’t know how I’d come back from that.

On the other hand, if I don’t get out of this rut, then Spalding wins. Maybe I sound melodramatic, but I don’t want to die before I experience terrific sex.

It’s really no surprise that my drink disappears quickly.

“Look, you don’t have to tell me what’s on your mind,” Gunnar muses, and I realize I've been silent for some time. “But something has you deep in thought.”

“Rhubarb,” I blurt. “It’s, uh, something I’ve used in springtime pies. But, um, I wonder if I could do better than strawberry rhubarb—that's been done, you know?”

His smile widens. “Is that an occupational hazard? You can't eat or drink anything without reconfiguring it in your mind?”

“Yep.” I wave at the bartender. “Another round of these if you wouldn't mind.”

“Are you trying to get me drunk?” Gunnar asks. “Please say yes.”

My pulse picks up, because it’s hard to miss the innuendo there. But I dodge the question, because I’ve never been brave. “As if two cocktails and a beer would put you under my spell.”

“Oh, I'm easy,” Gunnar says, giving me an intentionally sleazy wink. “Besides, your pies have already made me slow and agreeable. That key lime and Thai basil pie was amazing. That stuff is dangerous.”

“You like my key lime and Thai basil?” I ask, hearing pleasure in my own voice. It never gets old when people tell you how much they like the product. “And I guess it figures that you’d be one of those.”

“You have an adventurous palate.” I prop an elbow on the bar and try to explain. “People fall into two distinct groups. There’re the ones who always order the weird flavors. And the Dutch apple pie crew, who always stick to the basics. They don’t cross over. It’s something I’ve been thinking about a lot lately.”

Thanks to Spalding. He basically accused me of being a Dutch apple pie in bed. The whole reason I’m reading my sister’s romance novels is to try to learn what the other flavors are like.

“Huh,” Gunnar says. “So, you can just guess which other pies I’ve tried?”

“Sure, I can. Did you try the pine nut and salted honey?”

My smile grows wide. “How about the matcha green tea tart?”

“Well,” he shakes his head, “I gotta say I haven't quite gone there yet. But I did enjoy the vinegar date pie.”

“Ah! And the ginger mango cream, right?” I press.

“Yeah. Does that make me predictable?”

“A little bit,” I say, enjoying myself immensely. “Have you started doing that thing where you try to guess each customer’s guilty pleasure?”

He laughs. “Get out of my head. It's my new favorite game.”

“Pretty bad. I started off trying to use clothing as a clue. I expected somebody wearing a navy blue suit and boring shoes to order the apple crumble. But that theory bombed. And then I tried to assume that people in workout clothes wouldn’t pick something sugary. But they totally do.”

He snorts. “What color is my aura?”

“Indigo, like tattoo ink. But with a streak of red because you’re contrary.”

He narrows his eyes. “You’re just fucking with me now.”

“Okay, lady. But I have an issue with something you said earlier.”

“Guilty pleasures.” He lays a hand over my wrist. “I don’t believe in those. I don’t think pleasure should make you feel guilty.”

“Oh.” He’s barely touching me, but goosebumps run up my arm anyway. Now would be a great time to make a joke and diffuse all the tension I’m suddenly feeling. But I feel too tongue-tied to pull it off.

Gunnar removes his hand, which is a disappointment. But the next thing he says stuns me back into goosebump territory. “You know, I always had it bad for you.”

“Back when we were tending bar, I had a big crush on you. And sometimes I thought you were on the same page. I usually have good instincts about these things. But not that time. You ended up with Mr. Pretty Boy Preppy instead.”

Still. “What if I’m the one who has terrible instincts? Did you ever think of that? And did you miss the part where I divorced Mr. Preppy?”

“Mmm,” he says thoughtfully. “I suppose that might explain a few things.”

“You’re the one who left, anyway.”

His eyes narrow. “Do you really think if I’d stuck around, things would have turned out differently? I spent three months giving you the fuck-me eyes, Paxton. But you didn’t take me up on it.”

Oh mother of God. His gaze is turning hot, and I think it might incinerate me. And then I remember why we never hooked up in the first place. 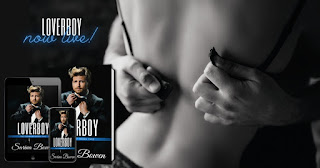 This was a really good book that I've been waiting for what seems like forever!! I loved it. It had an awesome storyline and the characters I loved them together.  This is a great part of the ones we've been reading. Great job Sarina.