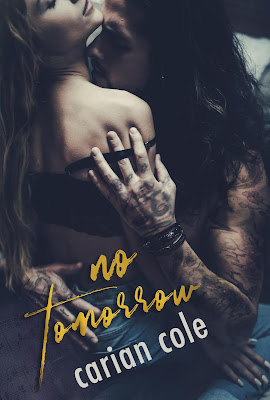 The people we love are thieves.


They steal our hearts. They steal our breath.
They steal our sanity.
And we let them.
Over and over and over again.
They say you never forget your first time.
Mine was with a homeless musician who effed my brains out under a bridge.
He was my first love. And sixteen years later, I still can’t get him out of my head.
He broke all my rules.
He also broke my heart.
I watched him climb to stardom, cheering him on from afar.
But I was never a fan; just a girl in love.
Like a tornado, he spiraled, leaving a path of destruction in his wake.
But love conquers all, right? It has to. Because here I stand, ravaged and ruined, needing it to be true.
You can’t go back, but I want to. Back to the bridge. Back to when he sang only for me. Before he was famous. Before he shattered my heart.
I thought I knew everything about him.
But I could not have been more wrong.
He promised me every tomorrow. And here I am, waiting.
And hoping.
Again. 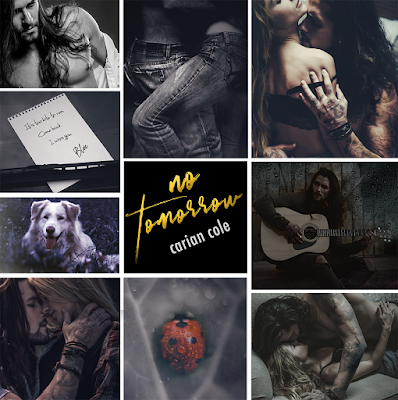 "This is going to be in the running for my "Best Reads of 2018". This story is going to take you on a journey of love, forgiveness and salvation. It's beautifully written and I was spellbound by it! Bravo Ms. Cole! I so look forward to reading your past works and your future stories!" ~ Bibliophile Chloe

"No Tomorrow is without a doubt one of my favorite reads of the year. Carian Cole has an exceptional talent with storytelling. The story is brilliant. The romance is unlike anything you have read." ~ Spellbound Stories

"Every once in a while, avid readers will reach out and find an author, that through their books, touches the heart and soul. I have loved all of Carian Cole's books, but this one is my favorite. I have no doubt that I will read this one again and again over the years. FINALLY someone figured out how to write about a truly broken hero, his determined courageous heroine, and how true love really can conquer all. This book DID pull some triggers for me, but honestly only in the most positive way. It's a book that celebrates love even through topics that most people want to keep quiet about, or even run from. I turned to the last page and it left hope shining in my heart. Very well done Ms. Cole. Standing ovation from me." ~ Ideally Unique

I love Carian Cole's books and this was no exception, however it had some really deep issues that are in-between the pages. Some things that are discussed are drug use, sex, and mental illness to name a few. The way they are handled are really well-done. At no time did I feel like it was played off in a manner that was disrespectful or shown in a light that wasn't true. Blue was really a poor guy that I felt sorry for and he had some real problems that I could see from a mile away. When Blue was Evan, he was a great guy - he was attentive and loving but when he's Blue, he's reckless and wild. Piper is kind of an enabler- she loves Blue but she also enables him to a certain degree. If it had been me...I don't know that I would have stuck around. I just would have cut my losses but that's me. This book was full of depth and character. The story that was told was a true gem. I wouldn't have missed it for the world. 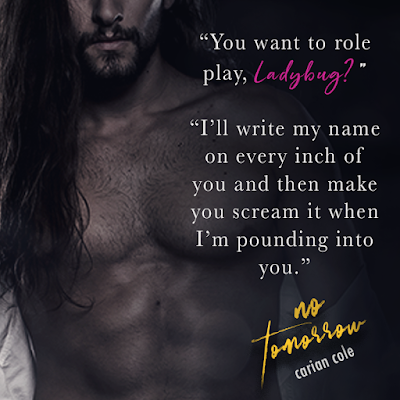 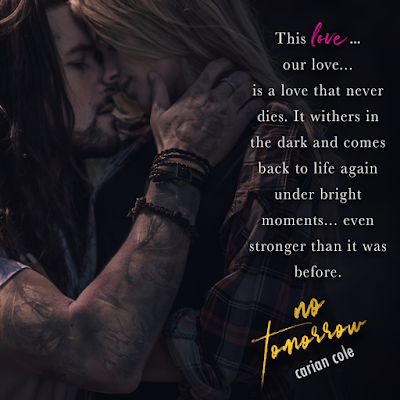 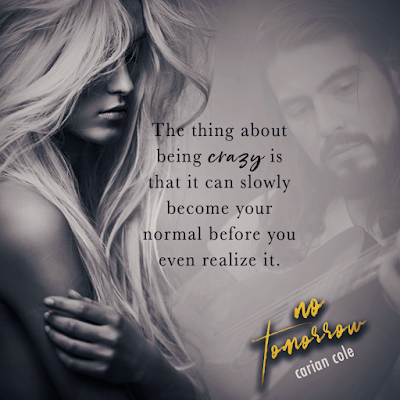 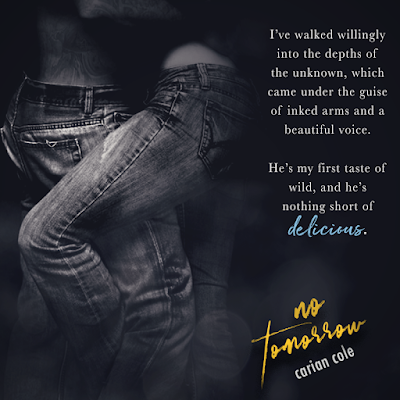 I have a passion for the bad boys, those covered in tattoos, sexy smirks, ripped jeans, fast cars, motorcycles and of course, the sweet girls that try to tame them and win their hearts.

My first novel in the best-selling Ashes & Embers series, Storm, published in September of 2014. I have many books and sequels slated for this series. My new spin-off series, Devils Wolves, launched in 2016 with the best-selling novel, Torn. There are several books planned for this series as well.
Born and raised a Jersey girl, I now reside in beautiful New Hampshire with my husband and our multitude of furry pets and spend most of my time writing, reading, and vacuuming. 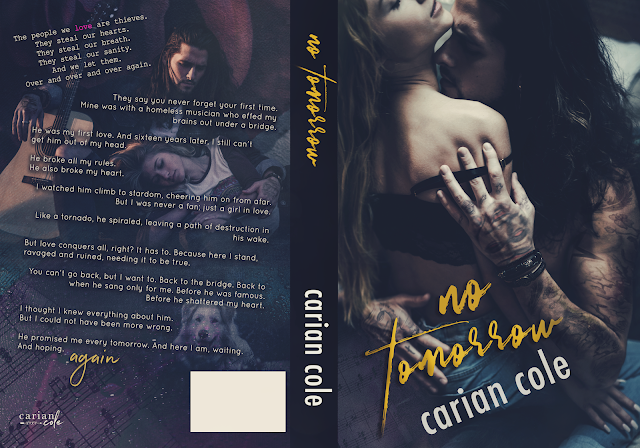 Posted by CJ Butcher (Janeen) at 1:46 PM
Email ThisBlogThis!Share to TwitterShare to FacebookShare to Pinterest