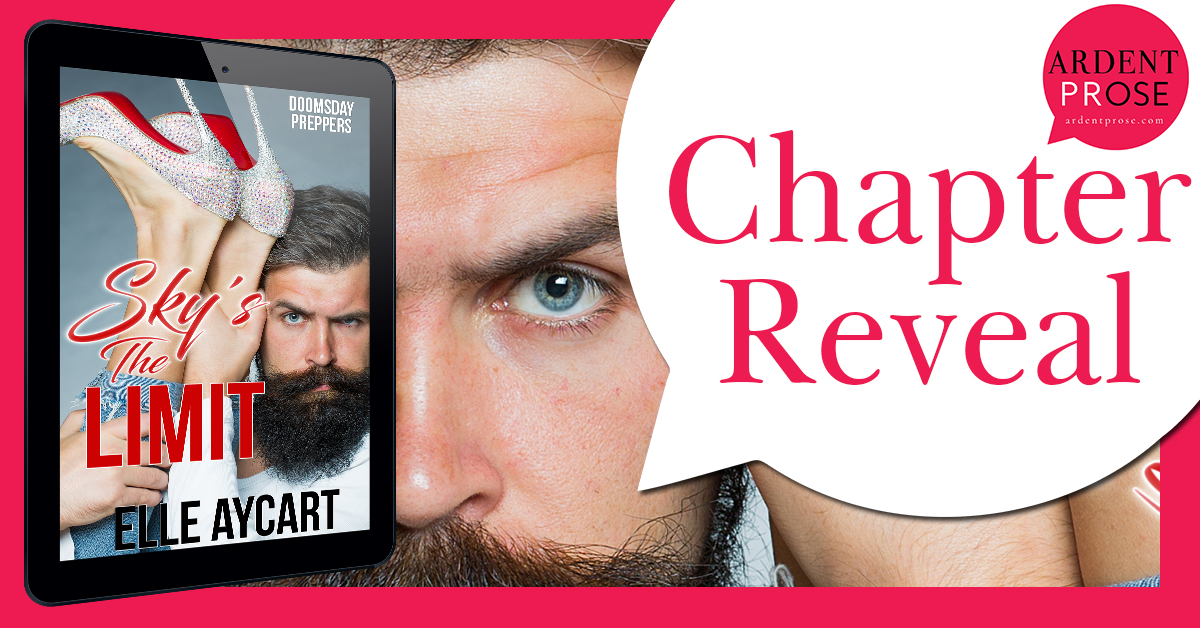 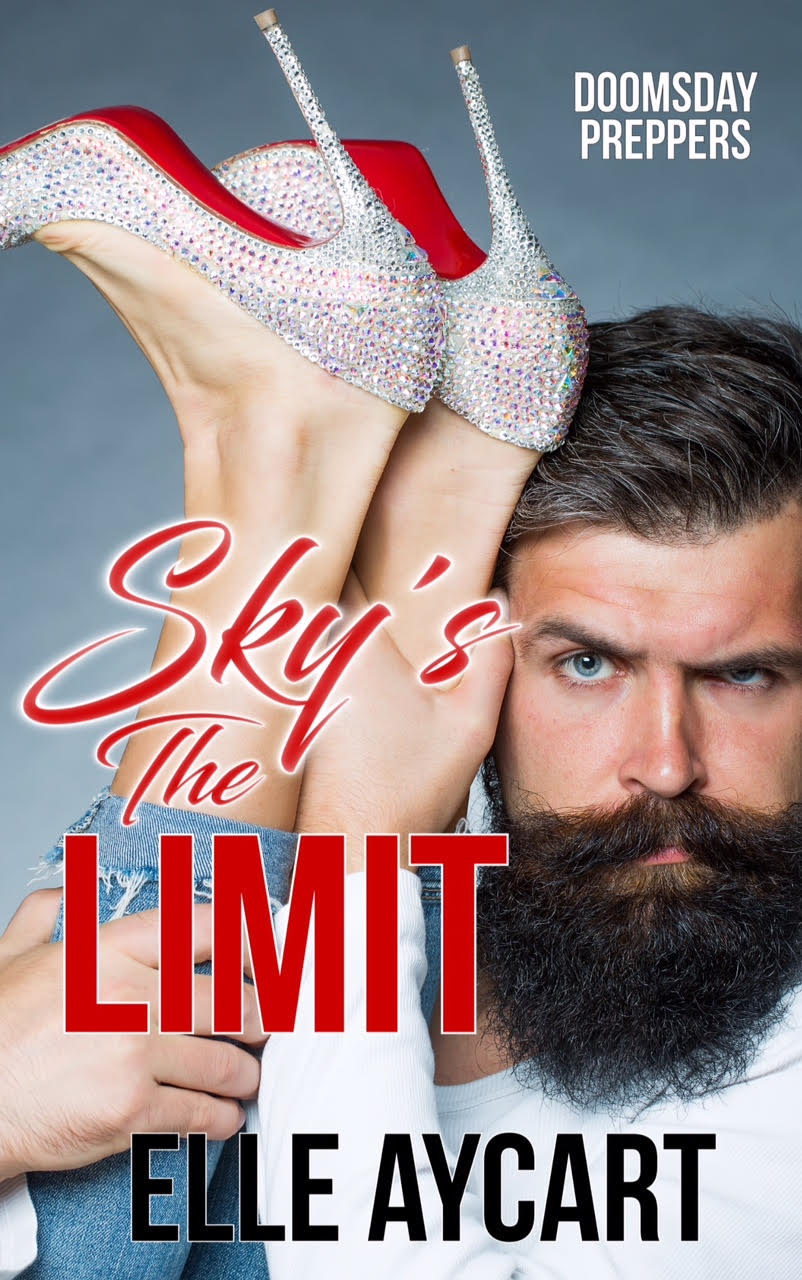 Tired of waiting for her big break in the fashion industry, Sky Gonzalez, eternal part-time student and overworked retail drone, quits her job, sublets her New York apartment, and embarks on a semester abroad study program in Paris. Paris! Time to throw caution to the winds and jump-start her dreams. What’s the worst that could happen? How about getting sent to the wrong Paris? As in Paris-frigging-Minnesota?Bye-bye career dreams. Bye-bye glamour and haute couture. Hello flannel shirts, mind-numbing cold, zero bars on the cell phone, and socially challenged mountain men with tons of unruly facial hair.So yeah, let the truck barreling her way hit her, please. Less painful.Logan should have dodged the little lost waif and kept on driving. Who in their right mind walked in the middle of the road, dressed in white from head to high heels, during a snowstorm? Clueless city girls, that's who. Sky is all that Logan has gladly left behind: stylish, cosmopolitan, and a massive pain in the butt. He wouldn’t trade a single day in his quirky little corner of the woods for all the high-maintenance beauties the city can offer.Too bad this beauty has been deemed a health hazard and quarantined in his house. Damn his doomsday-prepper neighbors and their paranoid emergency protocols. Now  he has to keep Sky in and the pandemic squad out until the roads are clear. The question is, will that happen before or after Sky realizes she's under house arrest?

Somewhere in the back of beyond, Minnesota


* * *
The second that Logan saw a flash of long red hair and something resembling human eyes, he wrenched the wheel, sending the truck spinning to the shoulder, barely missing the tiny figure in the middle of the road. Je*** *****. Who in her right mind wore white from head to toe in a blizzard? The truck screeched to a halt, the passenger side a mere half an inch from the woman. He jumped down and ran around the front. She had fallen to the ground. F***, had he hit her? “You okay?”
“You… almost… ran… me… over,” she said, her teeth chattering. From fear or cold, he couldn’t tell. Well, he could. It had to be cold. Her clothes were flimsy at best. Flashy, but not warm at all.
“Are you crazy? Standing in the middle of the road, all in white? I could have killed you.”
He saw a gleam of defiance in her eyes. “White’s… trendy… this… year.”
Right. “There’s nothing ‘trendy’ in this part of Minnesota, lady. Where’s your car?”
“There.” She pointed in the direction Logan had come from. “Or there,” she corrected herself, pointing in the opposite direction. “Not sure now. It all looks… white.”
No s***.
He tried to help her stand, but her legs buckled, so he lifted her in his arms. “Let’s get you somewhere warm, shall we?” After placing her on the passenger seat, he cranked up the heat.
“Can’t leave… without… my bags.”
He stepped outside and scouted the ground a little.
Her footsteps indicated she’d been walking in the same direction he’d been driving, which meant he must have passed her vehicle and missed it. “What car are you driving?”
She sneezed, the useless synthetic-fur hood on her jacket flopping over her bunny-eared head. Out of the whole stupid outfit, that bunny-eared hat was the most sensible piece. “A Mini.”
Great. Wherever she’d left the car, it was probably buried now.
“We’ll come back for it tomorrow,” he decided, jumping back in and revving up the engine.
“My Manolos are in there.”
Manolos. Oh, boy, wasn’t that a blast from the past? Another shoe whore. Just what he needed. “They’ll still be here tomorrow, believe me.”
She was going to object, but a sudden sneeze derailed her. And another and another. He opened the glove compartment, took out a wad of napkins, and offered it to her. “Why did you leave the car?”
“Stopped working,” she answered, grabbing a napkin and wiping her nose. “And when I began walking… it wasn’t snowing so much.”
“You aren’t from anywhere around here, are you?” Her dumb clothes were a dead giveaway. Her actions too. She shook her head, placing her hands in front of the air vent. “New York City.”
It figured.
She narrowed her dark eyes on him. “Why?”
The heat had kicked in. She must have finally felt it, because her teeth weren’t chattering as hard. She was even getting some color back in her face.
He looked resolutely forward and edged the truck into motion. “For your information—next time you decide to take a stroll in the Minnesota countryside, you need better shoes. And clothes. You don’t assume the weather conditions will improve. And you never leave your vehicle. Ever. Under any circumstances. You don’t stand in the middle of the road without wearing reflectors. And—”
A sudden move from the passenger side caught his attention. He gave her a quick glance and saw, flabbergasted, that her head had lolled to the side.
“Lady, you okay?”
A light snore was all the answer he got. “And you don’t get into a stranger’s ride and proceed to check out,” he muttered. Jesus f***ing C****. Talk about a lack of common sense.

After a colorful array of jobs all over Europe ranging from translator to chocolatier to travel agent to sushi chef to flight dispatcher, Elle Aycart is certain of one thing and one thing only: aside from writing romances, she has abso-frigging-lutely no clue what she wants to do when she grows up. Not that it stops her from trying all sorts of crazy stuff. While she is probably now thinking of a new profession, her head never stops churning new plots for her romances. She lives currently in Barcelona, Spain, with her husband and two daughters, although who knows, in no time she could be living at the Arctic Circle in Finland, breeding reindeer.Elle loves to hear from readers!elleaycart@gmail.com