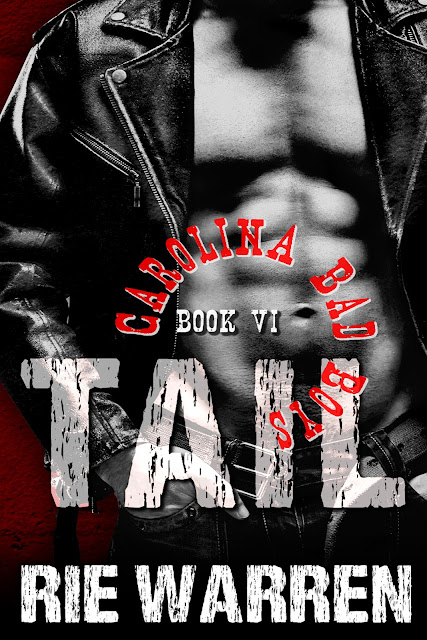 I’m most known for honeys on my arms and notches on my bedpost. But this time, I’m not chasing tail. Every rose has its thorn, and I’ve just been snagged.

TAIL
I have girls lapping out of my hands, forming lines for a chance to dance on my c***. Until she shows up. And it all grinds to a halt. Madison Rose Rush. No joke there. One look at her, and I feel a rush all over my body. I want that thing all the other dudes found. Love. A mate. A classy broad I probably don’t deserve.

I know one thing.

Is that gonna stop me?

Hell. No. Not even with the Bad Seeds MC breathing down my neck for a debt I can’t pay.

And Tail makes me want to be bad in ways I never even knew. He’s dangerously gorgeous. He’s affiliated with the same MC as my big brother. He has inked sleeves and sex on the brain and Max warned me away from him.

Is that going to stop me?

Nothing will stop us. Nothing. Until a rival MC—outlaw bikers—retaliates against Tail. Bad Seeds indeed. 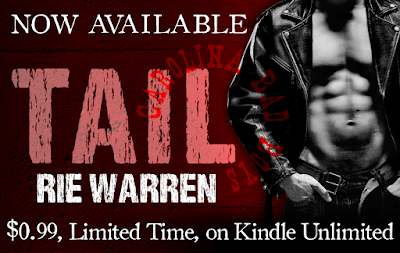 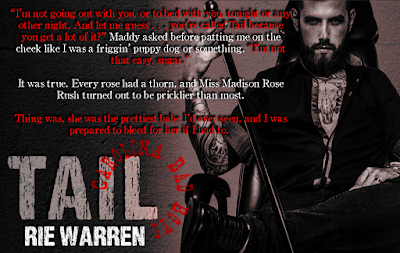 I'll be honest and say that this book was probably the least favorite of all the books in the series. To say, it was mostly cussing and sex would be an understatement. I'm not a prude, but when your book is mostly that with maybe some plot thrown in for good measure - well it's not my type of book. Thats not to say that no one else will like it. For those that like the genre "erotic romance" this will fit into that and the MC aspect will make it pleasing for them. It just didnt do it for me. 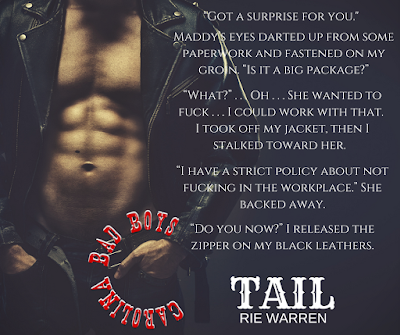 Reading Order:
Stone - 99c for a limited time!
Ride (the book within the book from Stone)
Love
Steele
Chrome
Rush 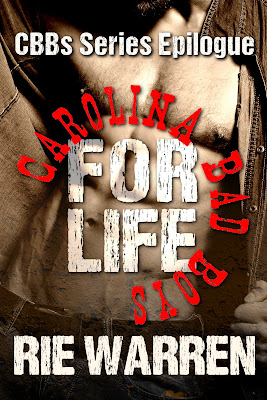 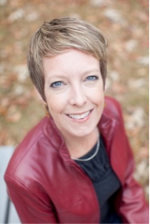 Rie is the badass, sassafras author of Sugar Daddy and the Don’t Tell series–a breakthrough trilogy that crosses traditional publishing boundaries beginning with In His Command. Some of her latest endeavors include the Carolina Bad Boys and Bad Boys of Retribution MC series.

You can connect with Rie via the social media hangouts listed on her website https://www.riewarren.com.