KEEP YOUR FRIENDS CLOSE, AND YOUR ENEMIES CLOSER - HE PREFERS HER IN HIS BED.
Merger by Chelle Bliss
Takeover Duet Book #2
DOWNLOAD IT NOW!
Antonio Forte has always put business before pleasure, but ever since he met the gorgeous CEO of Interstellar Corp, he finds himself wanting both. And he's hoping she won't be able to refuse his latest offer.
Lauren Bradley knows how to survive as a woman in a man's world--trust no one. Especially handsome, smooth-talking men who make her panties melt with a single glance like Antonio. But his offer is almost as tempting as he is.
Sometimes to gain it all, you have to give up everything... 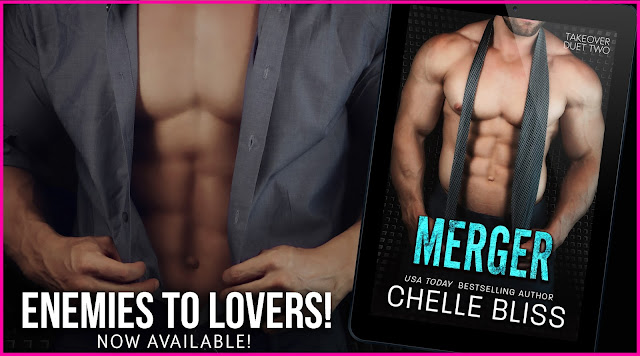 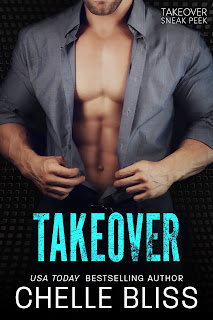 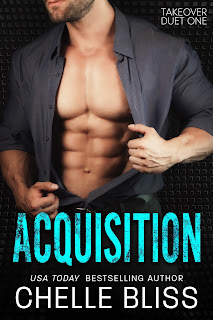 Chelle Bliss is the USA Today bestselling author of the Men of Inked and ALFA P.I. series. She hails from the Midwest, but currently lives near the beach even though she hates sand. She's a full-time writer, time-waster extraordinaire, social media addict, coffee fiend, and ex high school history teacher. She loves spending time with her two cats, alpha boyfriend, and chatting with readers.
WEBSITE - FACEBOOK - NEWSLETTER - TWITTER - INSTAGRAM

This was the second part (really third part) of a duet that the author had planned and then we saw the yumminess that was Takeover!😍 It's free...hop over and go grab it. So, there I was in a flu-induced stupor and I'd read Acquisition and really wanted Merger, but I didn't get it until a couple weeks later. You know how you want it...you want it right then, but then you don't get it and you forget about it?🤔 Yep - ME! I finally remembered it while I was sick over Thanksgiving and in a rush to write this review had to re-read the first book. Then I remembered why I wanted it soooo bad!!☠☠ Because we don't know how Lauren's gonna get away from ex-creepy that's how. Like he's a for real "putting the lotion in the basket" type. The second book picks up and you HAVE to read book one or you'll be lost. I'll be perfectly honest and tell you that the 4-star rating is for the series. If it were for Merger only...it would have likely gotten a 3 to 3.5-star rating. Everything in this book was just over-the-top and out of proportion for me. I think that had it been all one book it would have been 5-stars but because of this Duet Trope that all authors are hopping on - it's making them draw out one-and-a-half books into three. When you start doing that, you're just adding in scenes that you could potentially cut or have people skip over. I know that there were several places I skimmed and it wasn't because of fever!! Does that mean that everyone is going to feel the same? Nope! As a matter of fact a good portion of people love the way duets go - I'm just starting to tire of them slightly.
Posted by CJ Butcher (Janeen) at 1:00 PM
Email ThisBlogThis!Share to TwitterShare to FacebookShare to Pinterest