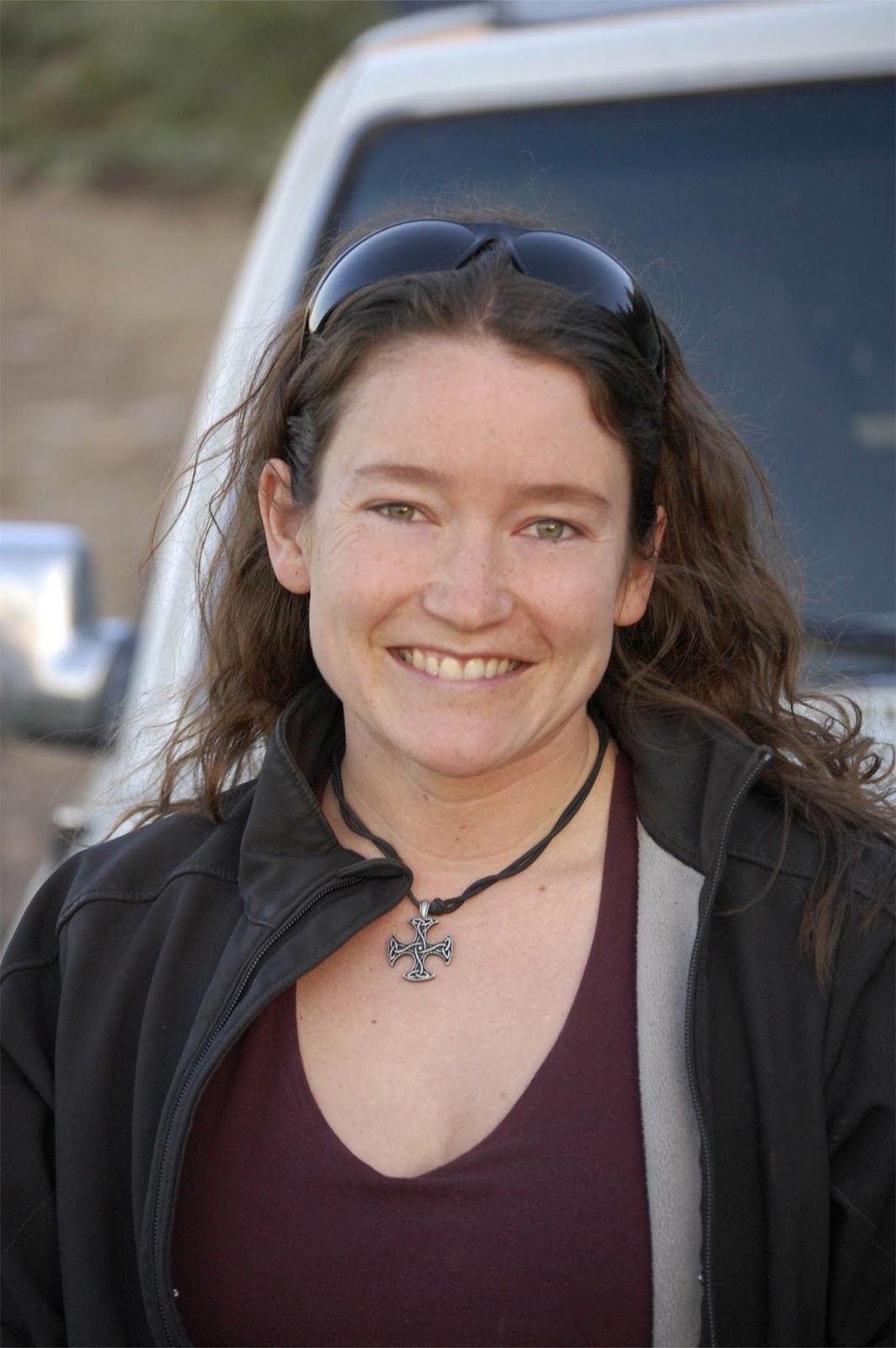 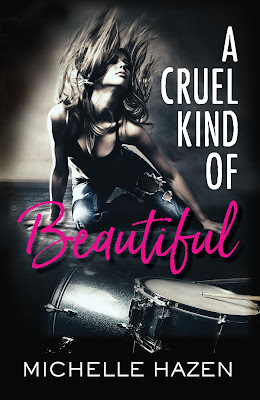 Title: A Cruel Kind of Beautiful
Author: Michelle Hazen
Release Date: December 4, 2017
Publisher: Self-published
Series: Sex, Love, and Rock & Roll
Genres: Contemporary Romance
Page Count: 344
Synopsis:
If you can’t get to the Big O, can you get to the happily ever after?

Jera McKnight loves music, swoons for hot guys, but sucks at sex. Jacob Tate is her perfect storm: a pun-loving nude model with a heart as big as his record collection.

When a newspaper-delivery accident lands him in her living room, he’s almost tempting enough to make her forget she’s never been able to please a man—in bed or out of it. Sure, he laughs at her obscure jokes, and he’ll even accept a PG-rating if it means he gets time with her, but he’s also hiding something. And it has everything to do with the off-limits room in his apartment.

Jera pours all her confusion and longing into her drum kit, which pays off when her band lands the record deal of their dreams. Except just like Jacob, it might be too good to come without a catch.

She doesn’t know if her music is good enough to attract a better contract, or if she’s enough to tempt a man like Jacob to give up his secrets, even if they could fix her problems between the sheets. But if this rocker girl is too afraid to bet on herself, she might just end up playing to an empty house.
Add to your Goodreads shelf now!
Goodreads → http://bit.ly/2faEOp3
Pre-order Now on Amazon → http://amzn.to/2zthRss
A CRUEL KIND OF BEAUTIFUL Excerpt
Copyright © 2017 Michelle Hazen
When the newspaper broke my window at four in the morning, I didn’t stop to think about the fact that I was wearing sweats. Not thin, make-your-butt-look-cute yoga pants but old school sweats: cuffs cinched tight around my wrists and ankles like rib-knit shackles, plus deflated airbags of material sagging at my crotch and knees.
This is definitely something I would have considered if I’d known I was going to open the door to biceps like his.
Turns out my renegade paperboy isn’t a boy at all; more like six feet two inches of pure man-candy. With his fist raised to knock, all his muscles stand out in exquisitely stark lines, and I’m definitely not staring. Or maybe I am, because he takes a step back and drops his hand, brow furrowing.
“Shit,” he says. “Shit.”
I quirk a brow. I’m five foot flat on a good posture day, so it must be the atrociousness of my sweats that’s putting the fear into him.
“Don’t tell me this was a revenge window-breaking and you got the wrong house.” I nod toward my neighbor’s place. “Did Mr. Schmelzly steal your girl or something?”
His eyes dip below my collarbone for a second, but I’m not exactly worried about my lack of a bra. This sweatshirt is so baggy I could be packing the curves of Santa Claus or Kim Kardashian under here and he wouldn’t be able to tell the difference.
“I wish I could claim it was revenge. More like a total failure of motor skills.” He grimaces. “I’m so sorry about your window. They give us a half day of training, which felt like four hours more than anybody should need, but right now, it’s looking like I could have used five.” His shoulders hunch as he gives me a sheepish look.
My annoyance melts, and I offer, “In your defense, it was the Thrifty Tuesdays paper. Tuesday has some serious heft in tampon coupons.”
“Plus the supplemental entertainment section.” His face relaxes into a smile. “If it’d been a Wednesday, you might have been safe. Here, can I at least help you clean up the glass?” He steps forward.
“Uh…” I hesitate, surprised that he’s offering to do housework. Not to mention he probably has another twenty miles to pedal to finish his route, because who the hell gets newspapers delivered these days?
“I’m sorry, you probably don’t want a strange guy in your house who just broke your window. Trust me, I’m not a serial killer or anything. If I were going to kidnap you, I’d like to think I’d be a lot smoother about the whole thing.”
“Good to know. There’s nothing I hate more than an inept kidnapper.”
His eyes lighten at my response. “That doesn’t seem fair. Shouldn’t you hate successful kidnappers more? There’s the ride in the trunk and the whole ransom debate…it’s probably a real pain.”
“Nah, people love successful kidnappers. Because Stockholm Syndrome.” A smirk tugs at the edge of my mouth. “Shouldn’t you be convincing me to trust you, not defending kidnapping fails?”
“Right. I’m batting a thousand this morning, aren’t I? Sorry again.” He blushes, actually blushes.
He’s like a walking sex dream with close-shaved hair and a cologne-commercial jawline, and I have no idea how a guy can be this hot without a trace of cocky to go along with it.
Enter to win a $25 Amazon Gift Card!
http://www.rafflecopter.com/rafl/display/b050ef29444/?

Michelle Hazen is a nomad with a writing problem. Years ago, she and her husband ducked out of the 9 to 5 world and moved into their truck. As a result, she wrote most of her books with solar power in odd places, including a bus in Thailand, a golf cart in a sandstorm, and a beach in Honduras. Currently, she’s addicted to The Walking Dead, hiking, and Tillamook cheese.