UFL fighter Caleb hasn’t been to Hope Town since he was eighteen.  His next big fight takes place in Atlanta and the serene lakefront home from his childhood is the perfect place to train without distractions.


Until he stumbles downstairs to find a woman in his house. He’s met her before, and he’s never forgotten.


Honor was raised by her grandfather, Crazy Colonel Cartwright. Ostracized at a young age she was an outcast. Combined with her awkward personality and she became the local bully’s favorite plaything.


Honor and Caleb come face-to-face and feelings from fourteen years ago come rushing back—not all of them good.


She prefers to remain unknown, but she’s seen in public with the world’s most talked about fighter and thrust into a national spotlight that catches the attention of her childhood tormentors.


And they aren’t finished with her yet. 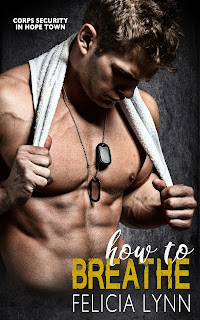 Felicia Lynn: How To Breathe
I can’t go back to the man I was any more than I can forget the memories locked inside me.  Few men qualified for the mission and even fewer were willing to accept the required life sentence.  Counting the days, good and bad, I exist as the world keeps spinning.


There’s a price to pay for a life with a greater purpose, but the healing of time is a damn liar.  I’m supposed to be a dead man, and the silence couldn’t be more deafening.  Even though I could never look back, I thought I’d taken enough out of that life to carry me forward.  The success of the mission was meant to give the tragedy of my life meaning, but I’ve been stuck in this wreckage of my past . . . until now.


One look into her eyes disarms me.  These walls I’ve built shouldn’t break on their own, but they crumble whenever she’s near.  I’ve spent years waiting for a reason to breathe again, and now that I have her within reach, I’m not sure I can keep her.  Is it possible to find both the missing piece of my soul and the remedy to my healing in one set of bright green eyes? 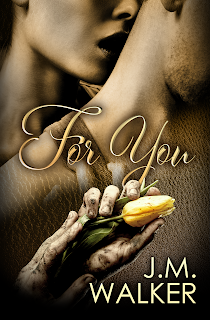 JM Walker: For You
Brogan Tapp tries to be strong. Guilt and fear that the man she loves will fall within himself and not know how to find his way out, haunts her.
Coby Porter vows not to let the demons in his mind take over. He plans a trip to save his relationship, once and for all.
Hope Town, Georgia is the saving grace for their love, before the nightmares consume them both. 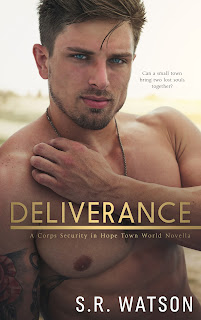 
My life has never been my own. I've always been a rule follower—the obedient girl who always did what she was told. I played the part given to me and got engaged to the man my parents set me up with. He was supposed to be my Prince Charming. He promised me a happily ever after, only he delivered a nightmare instead. Now I'm on the run. No money. No plan. Just freedom. How ironic is it that my desperate escape lands me in a place called Hope Town? I lost hope a long time ago.


I'm a manwhore. It's a known fact and exactly how I like it. I make my own rules and live without expectations. Returning to Hope Town to help the woman who raised me with her restaurant meant my past was here to greet me, but I refuse to allow the mirage of possibilities to engulf me a second time around. I don't believe in love or fairy-tale endings. There's lust, and there's screwing. I don't have time for anyone or anything outside of these two principles. There is no hope for me. Accept it or not ... you've been warned! 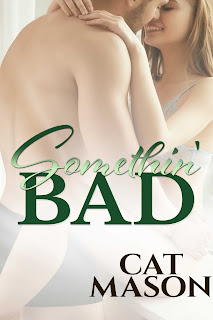 Somethin’ Bad by Cat Mason
Tequila can make a woman do somethin’ stupid.
Somethin’ bad…
After celebrating my birthday with my best friends turns into the most embarrassing night of my life, the last thing I expected was to see him walk into my bakery. The sexy smile on his face lets me know that he has no intention of letting me off the hook either. He doesn’t want an apology or an explanation.
He wants me.
The way Matt Hudson crashes into my life and bosses me around as if he has known me all my life is frustrating. What’s even worse is the power he has to bring me to my knees with the flash of one his panty-melting smiles. He steals my control without even trying.
Makes me want.
Makes me need.
Even when my life begins to unravel right before my eyes, there is a part of me hoping that the man my friends have dubbed Hunk P.D. may be something good to come out of all my heartache.

ABOUT HARPER SLOAN:
Harper is a NEW YORK TIMES, WALL STREET JOURNAL and USA TODAY bestselling author residing in Georgia with her husband and three daughters. She has a borderline unhealthy obsession with books, hibachi, tattoos and Game of Thrones. When she isn't writing you can almost always find her with a book in hand.
Facebook | Website | Twitter | Instagram | Pinterest | Goodreads | Amazon Author Page 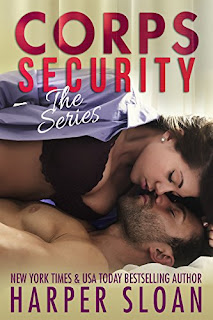 ABOUT CORPS SECURITY:
The entire Corps Security series is together for a limited time box set.
Years after the Marines brought them together, the men of Corps Security are together again.
These six novels follow their lives as they take a chance at love. Can love truly conquer all?
From broken souls to broken hearts, they all will find out if they'll get their second chance at happily ever afters and that love really is worth fighting for.
**Warning**These books are intended for a mature reading audience and aren't suitable for younger readers. There are some mild scenes of abuse that happen outside of the relationship of the H/h in some of the books.
AMAZON  |  iBooks
Posted by CJ Butcher (Janeen) at 8:30 AM
Email ThisBlogThis!Share to TwitterShare to FacebookShare to Pinterest