God Gave You Singleness As A Gift, Don't Waste It 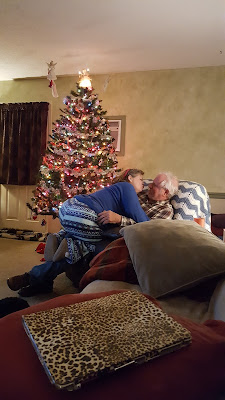 And yet it's elusive to me because I'm such a polar opposite in everything that is in romances today.  They say giggle, I laugh til water comes out my nose like a fountain is flowing and at a good pace.  They say simper and wait on a man hand and foot, cooking him dinner and I burn his kitchen to the ground....while his animals are inside and the fire department has to go in and get them.  They say be a beta female, don't be an Alpha, no man wants an alpha female and guess what - I AM NOT A BETA FEMALE!!!!

I would have loved to have been that perfect, funny, skinny, brainless cheerleader of a girl growing up...no offense to the cheerleaders, but I wasn't.  I was difficult, sarcastic, overweight, brainless (somewhat) and didn't come into my brain til I was in college.  My IQ is kind of high and that's not to brag.  It just is or it was when I was a kid, now I'm disturbed by the fact that everything's just went downhill...my butt, my brains and probably my IQ.  Seriously, if you were a cheerleader I'm sure you were smart because you would have gotten kicked off cheer squad - we all know that!  Anyhow, in my almost 40 years I've gleaned a lot...A LOT! Most of which is that there are a couple things you need in life.
1.  No Rules - From the time I was a little girl I gave myself rules to live by and they all sucked!!  They didn't help me and they got me nowhere.  I am going to be that bitter old lady at the end of the road torching little kids and cats for coming in her yard because they're not following my rules...yeah I don't want to be that lady - she's mean, so no rules!!
2.  Real Men don't take Selfies Every Day!  If your man takes a selfie in his car, at the gym, in his bathroom, in the closet, in his bed, on the toilet (yes I've seen one) and he has the same crap-eating grin every time (no pun intended) there is something really wrong here!? You're either with a secret serial killer who likes to use Instagram, Facebook or Pinterest or he's into himself so much that there's no more room left for you!  If you take that many selfies together....hmmm maybe it's a match made in heaven or....ummm! 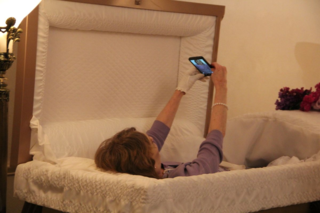 3.  If you're single at 39, it doesn't necessarily mean you're gay, that there's something wrong with you, there's not someone out there for you, or my personal favorite: that it isn't God's will!  It might just mean that you're perfect as you are and people need to shut up.  God gives mates to people 9 times out of 10 and those mates have qualities that complete the other person but what if you're complete all on your own?  Ever figure that maybe God made you and you didn't need anyone to complete you because you had a little of all the qualities and potential but you just need to know how to grow all of it together?  Some people have that.  We don't need a guy to make us who we are.  We're already that and you might think I'm joking but I'm not.  Stay with me here...Guys you can switch out the guy part and put gal instead because this is for you too.  We know of several people in the Bible who were single and were happy in their singleness but we're always striving for the next best thing.  Our next house, next car, next perfect child, next degree that we want to finish, next trophy wife/husband...What if we were just happy with who we were?
4.  Live life out Loud...Spend your day doing something, anything that you don't normally do.  Help out a family member you don't like.  We all have them!  You know you do and if you say you don't - LIAR!  Take them out and get to know them the way Christ would. Not the way you would because we all know you'd nail them to the wall the first chance you'd get the first time they said the first word wrong in a sentence.  I know because I would!!  If you saw me right now you'd see me doing the two fingers to my eyes and looking at you sign.

5.  End all your sentences with a word that is hilarious to you but other people don't understand and watch their faces.  It's funny to watch and it will keep your blood pressure down.  My mother and I have been doing this for a week and it started by accident and now we do it because it's so funny, we can't quit laughing at each other.

Last but not least enjoy the life you're given because it's short.  You have no idea how short your life is until God tells you your time is up.  My advice is love fiercely, forgive freely and without consideration, show the ones your with how you feel so that when your gone, they never have to wonder how you felt about them.

Posted by CJ Butcher (Janeen) at 3:16 AM
Email ThisBlogThis!Share to TwitterShare to FacebookShare to Pinterest