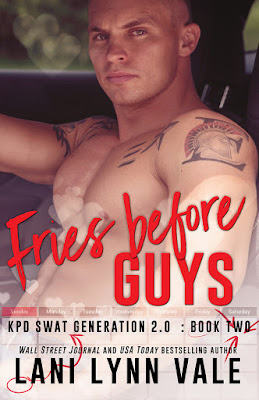 Sometimes people come into a person’s life and make their heart skip a beat.

Those people are called cops.


Well, one cop in particular.

A SWAT officer for the Kilgore Police Department, to be specific.

The first time Avery Flynn saw Derek Roberts, she was photographing him for the first annual Kilgore Police Department SWAT calendar. He was leaned back in his squad car, shirtless, and giving her a smile that was completely between them. A smile that hinted at what he wanted to do to her later.

When she scrounges up the courage to ask him out after the photoshoot, he laughs in her face.

Well, screw you, too, Mr. February.

She was a mousy girl who dressed like a twelve-year-old girl. Her tight leggings, extra baggy Star Trek t-shirt denoting her a Klingon captain, and her surprisingly clean Chucks didn’t leave much of an impression.

Now, the outfit that she was in weeks after he rebuffed her? Yeah, now that caught his attention.

Too bad that happens when he’s trying to save her from what’s sure to be death thanks to an unhinged native Texan who’s convinced she was the reason he lost his last chance at a million dollars.

When he tries to save her, she tells him she’d rather take a cattle prod to the forehead than go anywhere with him.

Get Your Copy Here: 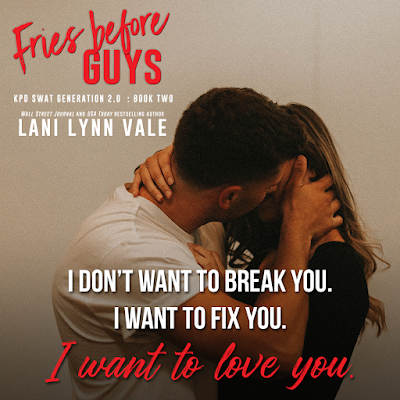 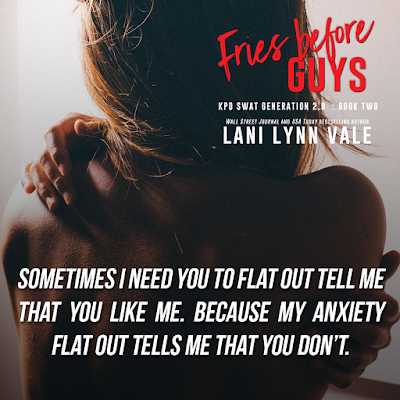 Lani Lynn Vale is married to the love of her life that she met in high school. She fell in love with him because he was wearing baseball pants. Ten years later they have three perfectly crazy children and a cat named Demon who likes to wake her up at ungodly times in the night. They live in the greatest state in the world, Texas. She writes contemporary and romantic suspense, and has a love for all things romance.

You can find Lani in front of her computer writing away in her fictional characters world...that is until her husband and kids demand sustenance in the form of food and drink.

I'm really enjoying the Swat 2.0 series so far and can't wait for the third. This one was about Avery and Derek, who we met in the first book. Avery's story is really hard to read and I have a feeling they're all gonna follow a theme. Avery's bullied and bullying is something that is close to my heart, so much so, that I fell in love with Derek for the way he started to treat Avery. Yeah, it didn't start out so great but it ended up being spectacular. The thing for me was that the "bad guy" didn't start with intentions to harm anyone and bullying is like that, but I feel this is why we need to have real conversations with our children instead of just checking in occasionally. Overall, I feel this series is right up their with Boomtown, The Dixie Wardens and Code 11-KPD Swat which were my favorite series.
Posted by CJ Butcher (Janeen) at 8:30 AM
Email ThisBlogThis!Share to TwitterShare to FacebookShare to Pinterest