The Celebrity & the Small-Town Girl

Jump on over and tag the Giveaway Button for

The Celebrity & The Small-Town Girl 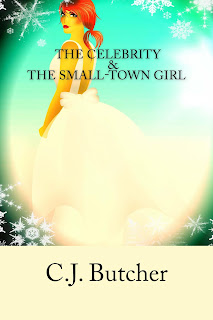 After agreeing to take on a hospital charity event for her boss, Cara McKenzie is overwhelmed when she doesn’t have any entertainment. The one band she wanted to perform more than anything has turned her down and she has 2 weeks to find somebody else.

His manager’s just turned down the opportunity of a lifetime and Justin Nichols is flying out to fix the problem. There is one tiny glitch in his plan…Cara McKenzie. She’s never on time, she keeps forgetting everything, and she’s an accident waiting to happen. Did he happen to mention that she’s an accident waiting to happen? She's a klutz and she's going to wind up setting her own house on fire...It wouldn't bother him except for the fact that he's going to be living in it for the next several weeks!

He just wants his band to perform a concert. She just needs entertainment. They each have what the other person needs.

What happens when you put a clumsy small-town girl and the charismatic lead singer of a boy band together for a couple of weeks? Find out in the first full-length novel of The Celebrity Series! This is a Christian Romance Novel suitable for all ages.


Posted by CJ Butcher (Janeen) at 7:32 PM
Email ThisBlogThis!Share to TwitterShare to FacebookShare to Pinterest