So Many Books to Read and Review and So Little Time 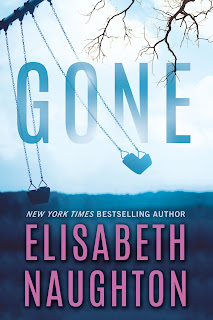 Description
Three years ago, Alec McClane and Raegan Devereaux lived every parent’s worst nightmare: their one-year-old daughter, Emma, was abducted from a park when Alec turned his back for just a moment. Emma was never found, and presumed dead. The crushing trauma, plus Alec’s unbearable guilt, ended the couple’s marriage.

Now a four-year-old girl matching Emma’s profile is found wandering a local park. Alec and Raegan are heartbroken to discover she’s not their daughter but are newly motivated to find closure…and each secretly feels desperate to be in the other’s presence again.

Alec suspects his vengeful biological father is behind Emma’s disappearance. But as Raegan investigates other abductions in the area, she sees a pattern—and begins to wonder if Emma’s kidnapping is actually linked to something more sinister.

As Alec and Raegan race to uncover the truth, a long-burning spark rekindles into smoldering passion, and they realize they need each other now more than ever.

A few thoughts about this book going into it was that I wasn't going to like it. I just had that vibe that it was going to be like Adam Walsh all over again with some romance thrown in and I'd hate it but I was surprised. I loved it. It was fast paced and the characters had depth. You hurt for them and you felt what they were feeling. It's a hard task to take on something about child abduction and how it tears a family apart but I felt like the author did an awesome job tapping into the family dynamics of it. It doesn't just affect the parents but everyone involved.

The sexual content had some heat to it but it wasn't so intense that you needed keep flipping pages cause it was excessive and unnecessary. It was enough without being over the top. You have a very flawed hero who knows he's got his flaws and owns up to it - which to me, I found way sexier than the alpha male persona that is so over done nowadays. The heroine is strong but she isn't afraid to show that she wants a second chance...I just like the fact that it wasn't angst with these two. Yes, there was sorrow but there wasn't the angst that you see so much in books today that just make you want to throw your kindle at the wall and scream "why are you doing this to me?" So, yes this was a book that was finished in 5 hours because I wouldn't allow my family to bother me and when they did, I just ignored them. Is it worth the time and money? Yes, it is. It's worth spending an evening with some cocoa and kicking back on the chaise lounge and blocking out the rest of the world.

I was given a copy of this ARC from the publisher on Netgalley for a honest review. All of the above comments are my express opinions.

If you want to see more reviews, please go to Goodreads.com and see some of my reviews there and check out some fabulous books!!
https://www.goodreads.com/author/show/7023577.C_J_Butcher/blog
Posted by CJ Butcher (Janeen) at 6:06 PM
Email ThisBlogThis!Share to TwitterShare to FacebookShare to Pinterest
Location: Pikeville, NC 27863, USA