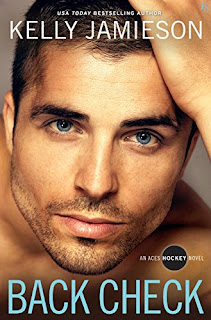 The so-bad-they’re-good alphas of hockey’s Chicago Aces are back in this emotionally charged novel of sex, love, and second chances from the bestselling author of Top Shelf and the Heller Brothers series.


Tanner Bennet hates weddings. They just remind him that he simply isn’t cut out for any kind of healthy, committed relationship—never has been, never will be. After getting rejected by the girl he thought was “the one” all those years ago, he made a huge mistake and married the wrong person. Now that the divorced heartbreaker has reluctantly agreed to be a groomsman for one of his NHL teammates, the last thing he expects is a chance at redemption with the one that got away.

After Marc Dupuis of the Chicago Aces hires wedding planner Katelyn Medford, she discovers that her big break comes with a twist: a reunion with her college sweetheart. The way she dumped Tanner still haunts her. Eight years—and three broken engagements—later, Katelyn knows she’ll never have that kind of innocent, wide-eyed passion again. Still, she and Tanner soon generate enough body heat to burn up the sheets. And even with Tanner’s career with the Aces up in the air, Katelyn’s wondering whether the time is right to let him in for real.

Okay so first thing about this book is that I love hockey and it's probably unhealthy that I love it as much as I do.  Kelly Jamieson is one of those writers that if I want to read a good hockey novel then I'm going to read one of hers. That's why it's so hard writing this review.  While I liked this book, I didn't love it like some of her other ones.  It just didn't have as much hockey intensity that I've come to be spoiled with.  Tanner was a good alpha character but he seemed almost mopey.  If he was one of the seven dwarfs, he'd be Mopey Dwarf and I mean that in the nicest way. I kept hearing him in my head saying "Nobody likes me, everybody is better than me." I just wanted to kick him in the booty.  There's a particularly disturbing part of the book that I found, well disturbing and that was Tanner using Katelyn as his personal "forget sex doll." That's basically where he gets on, gets off and rolls over.  I found it a turn off and even the heroine in the book had "where is this relationship going" moment.  I'm not saying that every relationship doesn't have that happen, but I thought that the way it was handled was tacky.  There was no apology and there wasn't any cuddling. After the book I read before this one...it just left me like the ice storm we just had - Cold.

So, you're probably wondering why the 4 stars?  It had plot, grammar was spot on and it was real to life. Which are the three things I look for when I'm reading.  I know we read to escape but I like for my books to also be based in reality.  I also like for my supporting characters to have some depth and all the supporting characters knocked it out of the park, except for Tanner's father - he's a tool.  You can quote me on that.

Age appropriateness of this is definitely 18+ and with all the GD and F words, I wouldn't let my 16 year-old read it if I had one.  The sex was explicit and really not necessary at some points. I think sometimes less is more and not the other way around.  Also, sometimes I wonder if authors actually try out what they write because some of it almost sounds acrobatic.

If you want a book to spend on a weekend when you have nothing to do and you just want to relax, then this is the book you want to read.  I skipped over some of the sex scenes but you might enjoy those. Happy Reading to those who want hot hockey players!!

I received this book for free from the publisher through Netgalley in exchange for an honest review. This does not affect my opinion of the book or the content of my review.


Posted by CJ Butcher (Janeen) at 6:51 PM
Email ThisBlogThis!Share to TwitterShare to FacebookShare to Pinterest